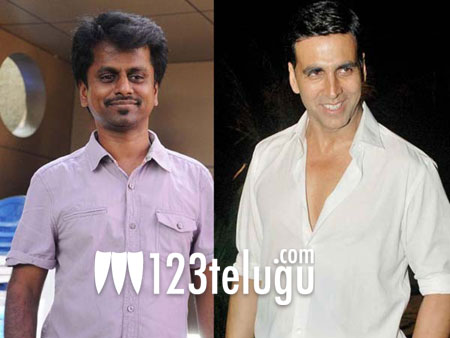 A R Murugadoss is flying high after the success of his latest film Thuppaki. The film starring Vijay, Kajal and Vidyut has reportedly collected more than Rs 45 crores in the first six days of its release, which is a phenomenal figure. In Andhra Pradesh, the film was received well and it’s one of the rare dubbed films this year which has found takers at box office. Meanwhile, reports in Kollywood suggest that A R Murugadoss is all set to remake the film in Hindi and Akshay Kumar will reprise Vijay’s role, whereas Parineeti Chopra is going to play the female lead. Apparently, Murugadoss wanted to shoot the Tamil and Hindi versions simulatenously, however, Akshay Kumar couldn’t allot dates to him back then. Now that he’s ready to start filming, Murugadoss is wasting no time in going back to the sets. Vipul Shah is going to produce Thuppakki’s Hindi version and it’ll start rolling in December. In the past, Murugadoss had directed Ghajini with Aamir Khan and Asin in lead roles and Thuppakki’s Hindi version will be his second outing in Bollywood.