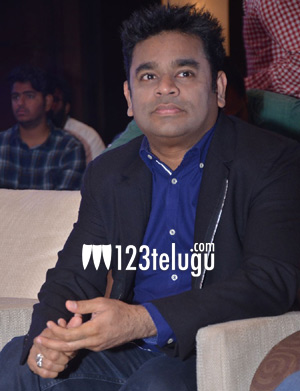 The Oscar award winner, A R Rahman was the special attraction at the audio launch of Mani Ratnam’s Cheliya. Speaking at the event Rahman hailed Telugu cinema and said that Tollywood has come a long way ahead and a film like Baahubali should come every year which will automatically put Telugu films on the world map.

The legendary composer said that all his songs sounded supremely well in Telugu even though he composes them in Tamil. Rahman also thanked Mani Ratnam for being there all these 25 years of his career.

Rahman’s music for Cheliya has caught on quite well only to prove that class is always permanent. Dil Raju produces this film which is up for a release on the 7th of April.