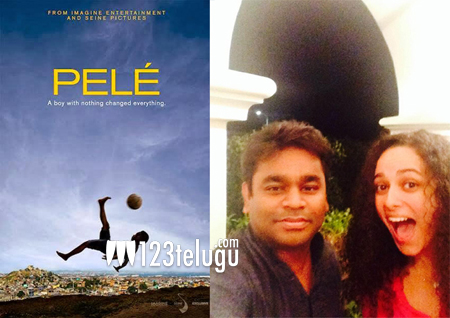 The international fame of A R Rahman is growing day by day. He has given the music for Million Dollar Arm and Hundred Foot Journey this year. Now, he will be scoring the music for a much awaited film in hollywood circles. This movie is the autobiography of the football legend Pele.

The makers of this film had earlier planned to release this movie during the time of FIFA world cup. However, citing post production works, the makers have postponed the release to the first half of next year

ARR is scoring the music for some big ticket Indian flicks up for release this year too. The audio of Manoharudu and Lingaa are much awaited. Manoharudu’s audio will be released amidst bigwigs from Hollywood some time next week