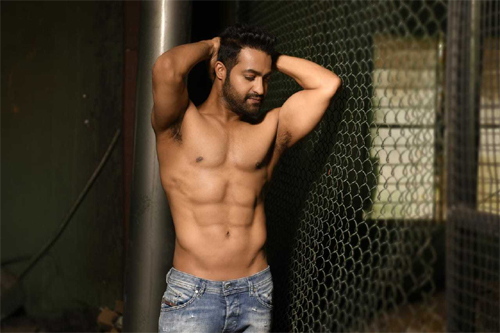 Fans of NTR were disturbed that no first look or video of NTR from RRR will be coming out tomorrow as NTR’s birthday special.

But the team of NTR made things happier as they revealed an unseen six-pack look of NTR from the film Aravinda Sametha. Ever since this ripped picture of NTR has gone viral, fans have been super happy.

Some fans still have the hope that the team of RRR will come up with something or the other tomorrow to please the fans.