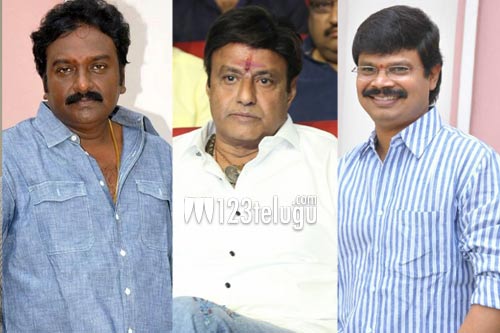 It is widely known that Nandamuri Balakrishna has committed to doing two projects apart from his ongoing film, NTR. While one of them is with Boyapati Sreenu, the other one will be with VV Vinayak.

Meanwhile, the latest update is that Balayya will first complete VV Vinayak’s film, which is expected to go on floors from February, and then join Boyapati’s film. Initially, Balayya had planned to begin Boyapati’s film soon after completing NTR biopic. However, it looks like things did not fall in place at the right time.

Senior producer C Kalyan will be producing Balayya-Vinayak’s film. On the other hand, NBK is planning to produce Boyapati’s film himself. The film will kick-start in the second half of 2019.