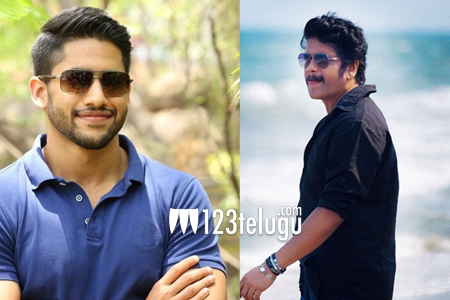 A spin-off to Nagarjuna’s Bangarraju character in the 2016 Sankranthi blockbuster, Soggade Chinni Nayana, has been on the cards ever since SCN’s release. After being in talks all these years, the film finally had its formal launch yesterday.

According to the latest updates, Bangarraju’s regular shoot will commence next week in a full-fledged manner. Apparently, the makers are currently erecting a special heaven set at Annapurna Studios. Nag’s Bangarraju character will have a few scenes in the heaven and he will later come down to earth, the buzz has it further.

Ramya Krishna and Krithi Shetty are the female leads in this Kalyan Krishna directorial. Nag is bankrolling this project and Anup Rubens will compose the music.