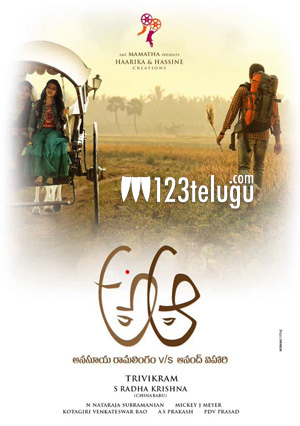 Nithiin and Samantha’s ‘Aa.. Aa’, in the direction of Trivikram, is currently in the last leg of its shoot and the film is expected to hit the screens on May 6th.

The film’s post production work is going on at a brisk pace and the re-recording work is expected to be over by the end of the month. Editing has already been locked for a large portion of the film.

Trivikram is teaming up with Mickley J Meyer for the first time and this album has reportedly come out well. Radhakrishna is producing the film on Haarika and Hassine Creations.