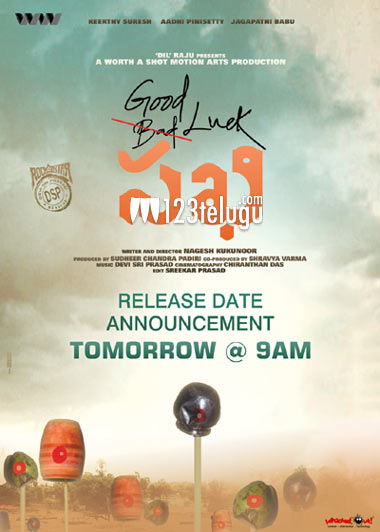 It looks like there’s a change of plans for Aadhi Pinisetty and Keerthy Suresh’s upcoming sports drama, Good Luck Sakhi. The film, which was supposed to have a direct digital premiere on Netflix, will first hit theaters now.

Good Luck Sakhi’s theatrical release date will be announced tomorrow (March 1) at 9 AM. Acclaimed Bollywood filmmaker Nagesh Kukunoor has directed the movie. Keerthi plays a tribal girl who takes up rifle shooting. Jagapathi Babu will also be seen in a crucial role.

Devi Sri Prasad has composed the soundtrack for Good Luck Sakhi. Sudheer Chandra and Shravya Varma have jointly produced the movie under Worth A Shot banner. Dil Raju is presenting the movie.