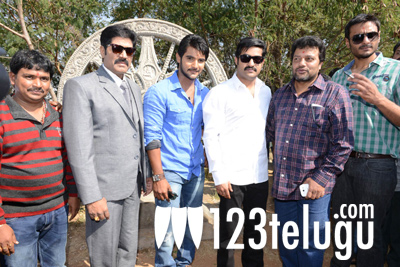 Young hero Aadi, who started his career with the super hit film Prema Kavali had a very special birthday today. His new film in the direction of S H Subba Reddy was launched in Hyderabad today. Young Tiger NTR and TRS party chief KCR were the special chief guests for the occasion. Real star Sri Hari also plays an important role in this action entertainer, which has music composed by Mani Sharma. Aadi will be seen in an action oriented role for the first time in his career. 123telugu wishes this young star a very happy birthday and best of luck for his new film.