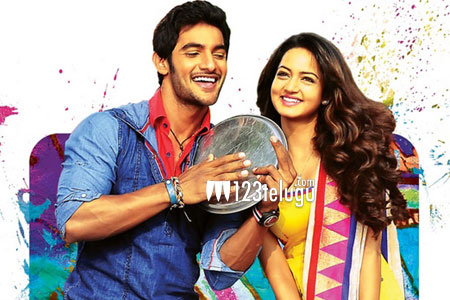 Aadi is quite pleased with the response which his latest film Pyar Mein Padipoyane has been receiving. The film released today in threatres and earlier today, Aadi saw the film, along with his fans, at a single screen theatre in Hyderabad. “Thanks for the super duper openings. movie talk is also good happy :))))),”Aadi posted on Twitter.

Directed by Ravi Kumar Chavali, the film also stars Shanvi in the lead role. Aadi had played the role of a music director whereas Shanvi played a singer’s role. Talking to a leading newspaper, Aadi said, “Every film is like an acid test for me and I have the urge to prove myself every single time. More than me, my father is tensed about my career.”

After Pyar Mein Padipoyane, Aadi will next be seen in a romantic entertainer, Gaalipatam. Naveen is directing the film and it stars Erica and Kristina Akheeva in lead roles. The film is expected to hit the screens later this year.