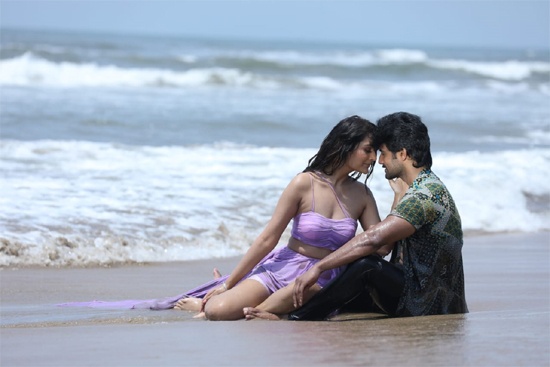 Hero Aadi Saikumar and young beauty Payal Rajput are currently shooting for their upcoming romantic action entertainer, Tees Maar Khan. Sunil will be seen in a crucial role in the movie. The film’s first look poster was unveiled on Dussehra to a decent response.

Tees Maar Khan’s shoot is currently underway in Goa. The makers are shooting a romantic number featuring the lead actors. A few sizzling pictures from the song shoot have been released earlier today, and both Aadi and Payal ooze romance on the beach. Going by these steamy pictures, one can expect passionate love and romance in the song.

In Tees Maar Khan, Aadi plays an interesting role and will be seen in student, lawyer and cop avatars. Kalyanji Gogana is directing the movie and noted businessman Nagam Tirupathi Reddy is bankrolling it under Vision Cinemas banner. Tirumala Reddy is the executive producer and Sai Karthik is composing the soundtrack. 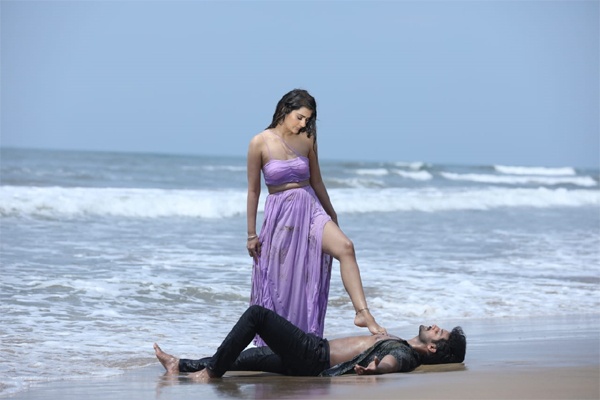