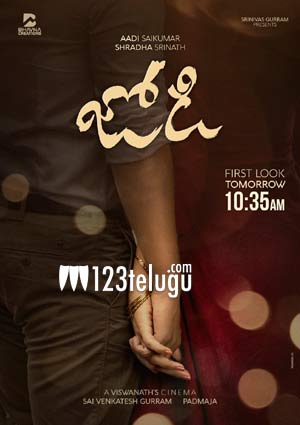 Aadi Sai Kumar started his career on a bright note but there on became dull as his films did not click at the box office. He is making a comeback now with the thriller Operation Gold Fish.

Now, the news is that Aadi is ready with another new film called Jodi. The pre-look of the film was released today and the first look poster will be out tomorrow.

The film is touted to be a romantic drama and has Shraddha Srinath in a lead role. The film is Directed by Viswanath and is produced by Sai Venkatesh Gurram and Padmaja.