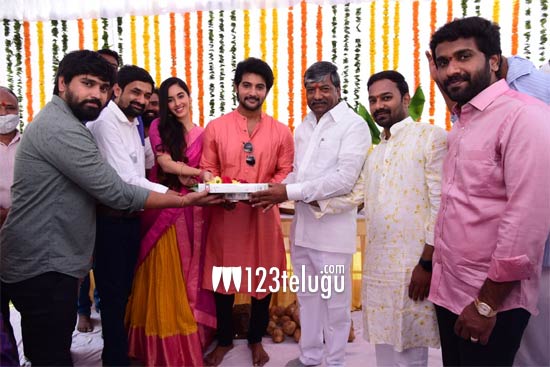 On the occasion of the auspicious Ugadi festival, hero Aadi and Dirty Hari girl Simrat Kaur’s new film had its formal launch ceremony in Hyderabad. Telangana Deputy Speaker T Padmarao Goud was the chief guest at the event and he sounded the clap for the muhurtham shot.

This as-yet-untitled film is touted as a wholesome family entertainer and it will be directed by Bhaskar Bantupalli. The film will be going on floors in May end. The film will showcase Aadi in a completely new avatar. Yugandar T aka Gudivada Yugandar is producing the film under Shikara Creations, while T. Vijayakumar Reddy presents it. Saketh Komanduri is the music composer.