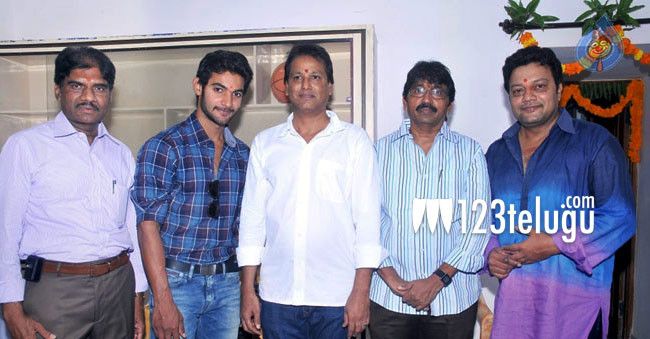 Young hero Aadi, who is busy giving finishing touches to his latest film Rough, is gearing up with yet another project. The film is titled ‘Pyar Mein Padipoyane’ and Ravi Chavali, who made films like Samanyudu and Srimanarayana will be directing this youthful entertainer.

The movie was launched earlier today and Aadi’s costar from Lovely, Shanvi, will be playing the female lead in this film as well. Hit music director, Anup Rubens will be giving music for this flick.