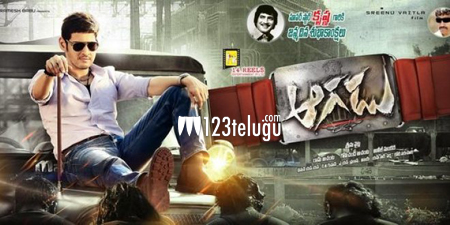 Mahesh Babu’s latest film, Aagadu is fast completing its shoot. The entire team is currently filming some key action scenes in Bellary. According to the latest update, the makers have decided to release the film on September 19th.

Initially, the team had planned to release the film on September 26, but have preponed its release to on Sep 19. The Bellary scedule will go on till the 2nd of July, and the unit will return back to Hyderabad, and shoot for Shruthi Haasan’s special song.

Aagadu is directed by Sreenu Vytla and Tamanna is paired opposite Mahesh in this action entertainer.