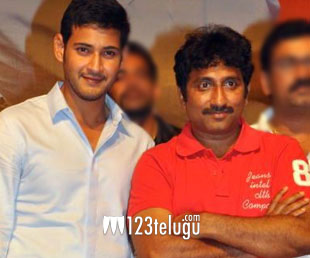 Superstar Mahesh Babu’s action entertainer ‘Aagadu’ is currently being shot in and around Hyderabad. The movie will shift to Bellary from the 23rd of this month. Earlier, a schedule was planned in Gujarat but the venue has now been changed to Bellary.

Mahesh Babu will be seen as a tough cop in this movie and the story will have a Rayalaseema backdrop. Tamanna is the heroine in this movie and she has been given a mass characterisation in the movie. ‘Aagadu’ is being directed by Sreenu Vaitla and fans can expect loads of trademark comedy from Vaitla in this film.

Thaman is handling the music and MR Varma is the editor. ‘Aagadu’ is being produced by 14Reels Entertainment banner with a big budget. The movie is expected to release towards the end of summer.