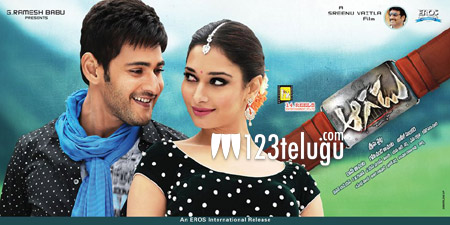 It’s ‘Aagadu’ mania all over, and with the film releasing tomorrow, the producers are leaving no stone unturned in promoting the flick. This action entertainer is releasing in over 2000 theaters worldwide, and according to the latest update, 1005 digital prints have been uploaded.

Among these, 450 prints are uploaded on qube, 300 on ufo, 150 on scrable and 105 on pxd digital providers. We have already reported that 224 digital prints have already been uploaded for the overseas shows. Directed by Sreenu Vaitla, ‘Aagadu’ features superstar Mahesh Babu and milky beauty Tamannah in lead roles.