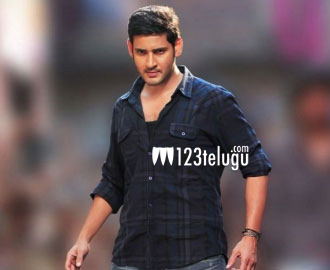 The film unit of Mahesh Babu starrer Aagadu, which had been shooting in Bellary, has wrapped up the schedule, a bit ahead of the schedule. Recently, a song and some important scenes were canned on Mahesh Babu and some other members from the cast.

Directed by Sreenu Vaitla, the film also stars Tamannaah in the lead roles whereas Prakash Raj is playing the villain’s role. When the title track was being shot on Mahesh Babu, the director, Sreenu Vaitla was amazed at Mahesh Babu’s professionalism as he continued to shoot despite dusty conditions. Moreover, film unit members say that it was quite a strenuous schedule even for Mahesh Babu, who had shoot for a long time almost everyday. The shooting will resume after a brief gap.

Thaman is scoring the music and KV Guhan is the cinematographer. 14 Reels Entertainment banner is producing the film.