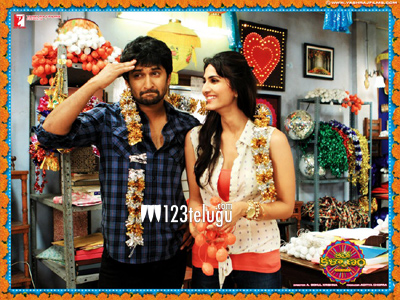 Nani’s ‘Aaha Kalyanam’ has opened to a very poor start in the USA. After the end of the opening weekend, the movie has managed to pull in a revenue of just US$ 1400! This figure was tweeted by well known trade analyst Taran Adarsh. The Tamil version fared slightly better.

Lack of proper promotion in the US markets as well as an unfamiliar heroine spoiled the film’s chances at the Box Office. In India,things are slightly better for the film. Overall, Yash Raj’s maiden south Indian venture might end up as a disappointment.

The movie is the official remake of the film ‘Band Baaja Baaraat’ and it has been directed by Gokul Krishna.