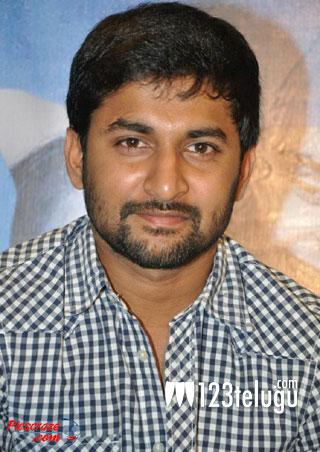 Nani’s upcoming film ‘Aaha Kalyanam’ is all set to hit the screens tomorrow in Telugu and Tamil. The film’s team has been promoting the film for the past few weeks and Nani, in particular, has insisted that comparisons with other films are not going to hamper the film’s chances at the box office.

“Aaha Kalyanam is an authentic and loyal remake of Band Baaja Baarat. I hope you’ll like our efforts and enjoy the film,” Nani said. Interestingly, he has also dubbed his own voice for the film’s Tamil version and this is the first time he has done so. “Usually, I end up dubbing the entire film within a week; however, for this film, I wanted to make sure I got the pronunciation right. Hence, I took a lot more time to dub for the film’s Tamil version,” he added.

Nani and Vaani Kapoor have played the lead roles. Gokul Krishna has directed the film and Yash Raj Films has produced the film.