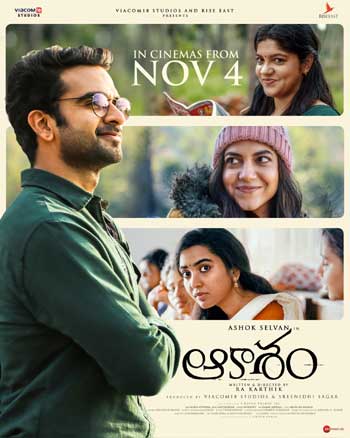 The feel good movie Nitham Oru Vaanam/ Aakasam was released in theaters in the first week of November and gained positive ratings. Starring Ashok Selvan in the lead, the movie is now ready to make its digital debut.

Netflix, which grabbed the digital rights of the movie, announced that both the Tamil and Telugu versions will be available to stream on the platform from December 2, 2022. Compared to the Tamil version, the Telugu version didn’t run well at the box office.

Ritu Varma, Aparna Balamurali and Shivathmika Rajashekar played the female leads in this Ra Karthick directorial, which is bankrolled by Viacom18 Studios in collaboration with Rise East Entertainment. Gopi Sundar took care of the music of this film. 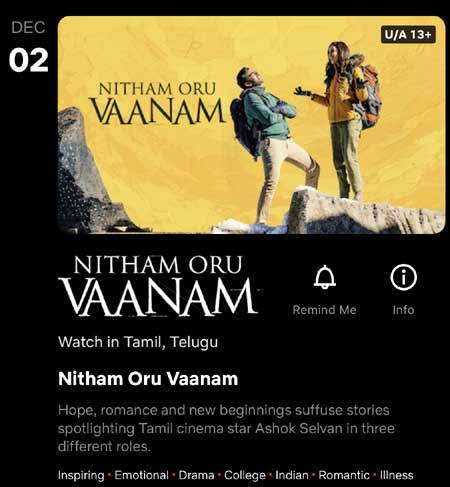