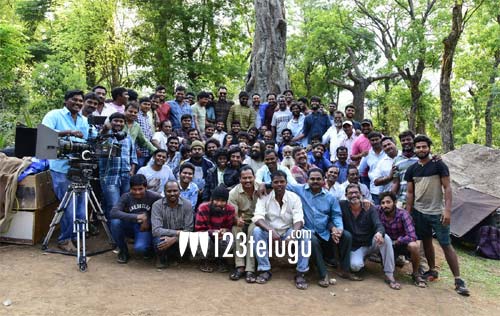 Numero uno director Rajamouli’s son Karthikeya is making his debut as a producer with an experimental film, titled Aakashavaani. The film was being shot in the picturesque Paderu village near Araku for the last 50 days.

Finally, Aakashavaani’s extensive schedule has successfully come to an end yesterday. The entire shooting formalities have been completed except for a minor patchwork. Noted Tamil actor-director Samuthirakani will be seen in a key role in the movie.