Aamir expresses his desire to work with Rajamouli
Published on Dec 9, 2014 1:00 pm IST 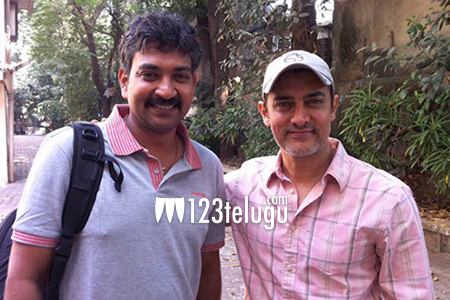 The curtain raiser of superstar Aamir Khan’s latest film ‘PK’ became a platform for Tollywood’s pride SS Rajamouli being showered with praises. Speaking at the event, Aamir heaved praises on Rajamouli and said that he is very much aware of his talent, and is ready to work with him any day.

SS Rajamouli has turned the entire nation’s attention towards Telugu cinema with his historic ‘Magadheera’ followed by the innovative ‘Eega’. This maverick maker is now in Bulgaria shooting for his gigantic war drama ‘Bahubali’. Needless to say, it will be an earth shattering affair if Rajamouli and Aamir team up for a film.