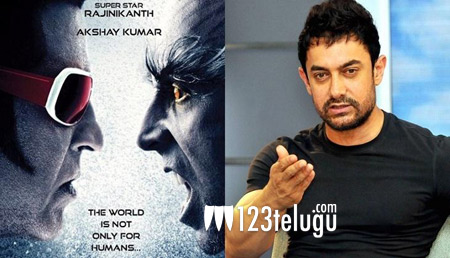 Bollywood star Aamir Khan has beaten a massive record that was previously held by Rajinikanth, Akshay Kumar starrer 2.0. It’s well known that the makers of 2.0 had sold the satellite rights of the film to Zee TV for a mind-boggling Rs 110 crores. However, recently, Aamir Khan inked a deal with a streaming service for a price that’s even higher than the 2.0-Zee TV deal.

According to reports in Bollywood, Aamir Khan has signed a Rs 120 crores deal with Netflix for his next film and in return, Netflix will have ownership of the film’s satellite and digital rights of the film. Ever since ‘Dangal’ turned into a blockbuster, Aamir Khan’s films had become a goldmine to stakeholders and several production houses have been eager to collaborate with him. In a way, Netflix has made an early move in this segment by roping in Aamir Khan’s next film. The streaming giant has also signed a similar deal with Shah Rukh Khan and now they have the rights to all the films made under SRK’s Red Chillies Entertainment.

Meanwhile, reports suggest that, Aamir Khan is working on a biopic of Rakesh Sharma, India’s first astronaut. More details about this ambitious film are awaited.