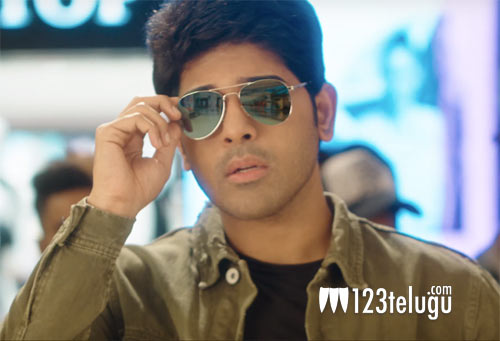 The makers of Allu Sirish’s soon-to-release comedy entertainer, ABCD, unveiled a new release trailer at the film’s pre-release event this evening. The trailer maintains the fun factor which was the main USP of the teaser and the theatrical trailer that were out last month.

In ABCD (American Born Confused Desi), Sirish plays a happy-go-lucky young American who is sent to Hyderabad on a purpose. The young Allu hero is expected to showcase his comedy skills in this film.

Krishnarjuna Yuddham actress Rukshar is the leading lady in ABCD and former child artiste Master Bharath plays Sirish’s friend in college. Sanjeev Reddy has directed ABCD. Yash Rangineni and Madhura Sreedhar have produced the movie. The film is slated for release on May 17. Suresh Babu is presenting the film.