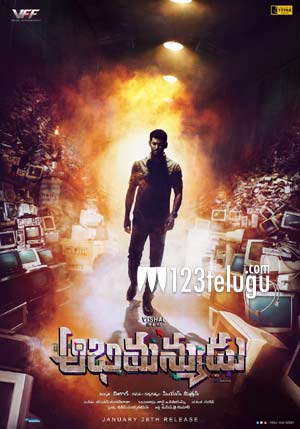 We had earlier reported that Vishal, Arjun, and Samantha starrer Abhimanyudu is scheduled for its release on January 13, 2018. Directed by P S Mithran, the action thriller will release simultaneously in Tamil as Irumbu Thirai.

But the latest update is that the makers have decided to release the film on January 26th in both Tamil and Telugu. Confirming this news, Vishal, tweeted a new poster with the release date just a while ago.

Expectations are quite high on this film, which promises to be a riveting action crime thriller. Yuvan Shankar Raja has scored the music and Vishal has produced the film.