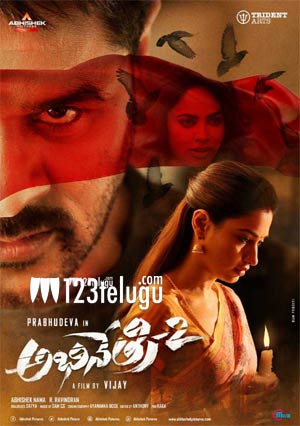 Released in 2016, Prabhudeva and Tamannaah’s trilingual horror thriller, Abhinetri, created quite a buzz. Now, a sequel to the film, Abhinetri 2, is ready and is gearing up for release later this summer. Today, the film’s first look poster was unveiled by the makers.

Apart from Prabhudeva and Tamannaah, Abhinetri 2 also stars Nandita Sweta in a key role. AL Vijay, the director of the first part, had also directed the sequel. Popular Tollywood producer Abhishek Nama has produced the movie in association with Trident Arts’ Ravindran. The film’s release date will be announced soon.