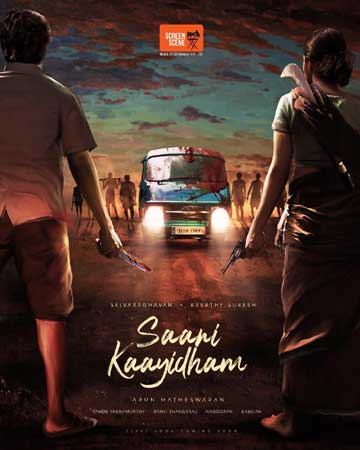 In a surprise development, acclaimed Tamil filmmaker Selvaraghavan is all set to make his acting debut with a film, titled Saani Kaayidham. Touted as an intense crime drama, the film also features star heroine Keerthy Suresh as the female lead. This Arun Matheswaran directorial’s pre-look poster has been released this evening.

Selvaraghavan is popular down south for his unique and hard-hitting movies such as 7/G Brundavan Colony, Dhoolpet, Aadavari Matalaku Ardhale Verule, Yuganiki Okkadu, NGK and others. He is also planning an ambitious film with his younger brother Dhanush next year.
Attachments area