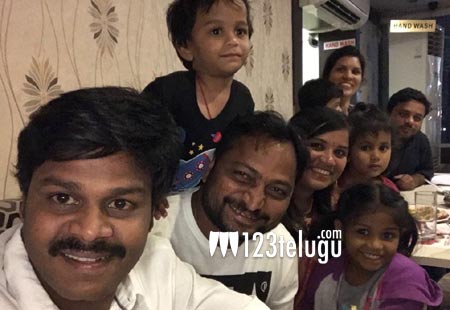 Post the decent response to his first film as a hero, Saptagiri is now ready with his new film Saptagiri LLB. The film is the remake of the hit Hindi film Jolly LLB and has the ace comedian in a titular role.

The teaser of the film which was released a few days has won decent applause from the audience. The teaser also got good views online and an excited Saptagiri celebrated it in style with his team.

The film is a comical courtroom drama and has been produced by Ravikumar, who had also produced SapthagiriExpress. Charan Lakkakula is the director.