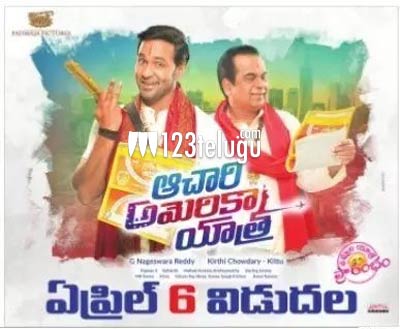 A few days back, we had reported that Vishnu Manchu’s upcoming hilarious comic caper, Achari America Yatra, will be hitting screens on April 5th. Vishnu has teamed up with his lucky mascot G Nageswara Reddy after the blockbuster comedy entertainer, Denikaina Ready.

Now, the latest we hear is that the film’s release date has been shifted once again and the makers have now decided to release the film on April 6th. Svelte beauty Pragya Jaiswal is the film’s leading lady.