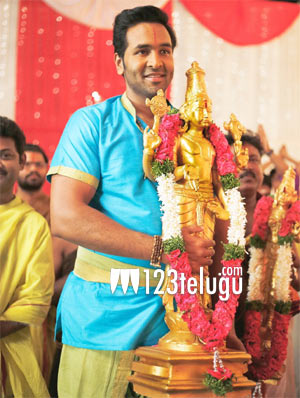 Vishnu Manchu teamed up with his lucky mascot and comedy entertainers’ specialist G Nageswara Reddy for yet another hilarious entertainer titled, Achari America Yatra. AAY was shot extensively in the US, Dublin and Malaysia, apart from India.

As per the latest update from the makers, Achari America Yatra’s first look will be released on November 23, on the occasion of Vishnu’s birthday. The unit is quite thrilled with the way the film is shaping up.