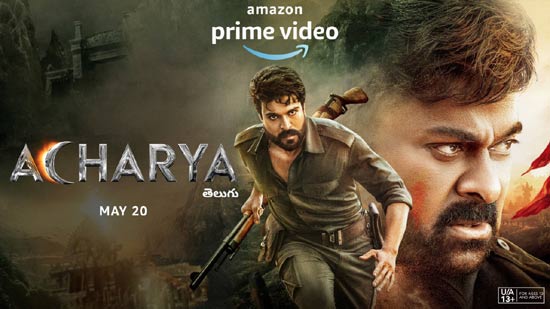 Megastar Chiranjeevi and Ram Charan’s Acharya has arrived on OTT. The film is streaming on Amazon Prime Video now.

Acharya is an action drama featuring Chiranjeevi and Ram Charan in the lead roles. The film is directed by Koratala Siva and it has Pooja Hegde and Sonu Sood in the other lead roles.

Acharya had a disappointing run at the box office. Can it fare better on OTT?