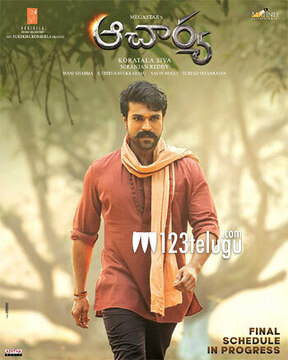 It is a known fact that megastar Chiranjeevi is doing a film called Acharya in the direction of Koratala Siva. The shooting of the film is nearing its completion and has entered its final schedule today.

The makers are plans to wrap up the film as soon as possible and send it for post-production. What’s special is that Chiru and his team have decided to release some interesting info about the film in the days to come.

Ram Charan also plays a key role in this film that has Kajal and Pooja Hegde in lead roles. Mani Sharma scores the music and the first song has already created a storm with the audience. Watch this space for more updates on this project.