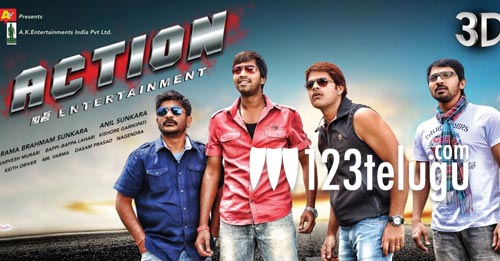 The shooting of Allari Naresh, Vaibhav Reddy, Raju Sundaram and Shaam starrer Action 3D is nearing completion. The final schedule began in the last week of February in Chennai and currently the final song is being shot. With this, the entire film’s shooting will be wrapped up. Anil Sunkara, who had produced films like Bindaas and Aha Naa Pellanta, is turning director with this film. “Final song shoot in progress. I am very confident that this song will be another visual feast. ACTION 3D countdown starting,” he posted on Twitter. Incidentally, the film also has a retro theme song which pays a homage to K Raghavendra Rao’s style of shooting songs. Sneha Ullal, Kamna Jethmalani, Ritu Barmecha and Neelam Upadhyay are the lead actresses in this film. Bappa and Bappi Lahiri have scored the music. The film will hit the screens on April 11.