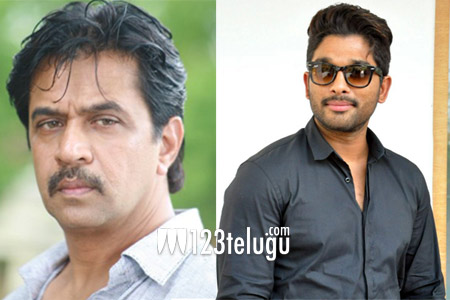 After wrapping up his ongoing movie, Duvvada Jagannadham, Stylish Star Allu Arjun will move on to his next in Vakkantham Vamsi’s directorial debut project, Naa Peru Surya – Naa Illu India.

Apparently, Action King Arjun has reportedly been roped in for a special role in this movie and the buzz is that Vakkantham has come up with some spectacular scenes in the Action King and Stylish Star combo, which will offer a feast for fans.

Naa Peru Surya is reportedly a social drama and producer Lagadapati Sridhar is determined to make the film a memorable one in Bunny’s career.