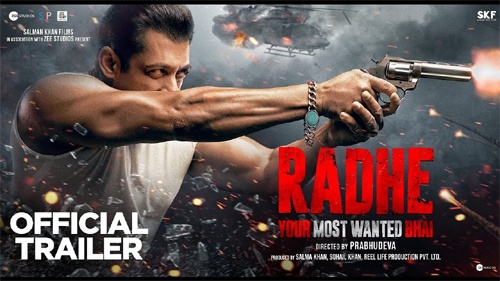 The much-awaited trailer for Bollywood superstar Salman Khan’s Eid release, Radhe, is out now. The action-packed trailer showcases Salman as a cop with guts and attitude as he takes on the notorious drug mafia headed by Randeep Hooda in Mumbai. The trailer hints that the film is made with rich production values.

On the flip side, Radhe’s trailer promises nothing new and the same old commercial template seems to have been used to highlight Salman’s heroism. It remains to be seen how well director Prabhu Deva has packaged the film with scenes that cater to Bhai’s fans.