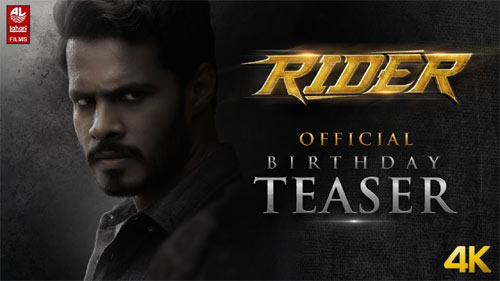 Nikhil Kumar is celebrating his birthday today. On this occasion, Rider’s team has launched the film’s teaser which is loaded with action-packed fights. Nikhil Kumar is showcased in a rugged and macho avatar. The film is being directed by Tollywood filmmaker Vijay Kumar Konda and young beauty Kashmira Pardeshi is the leading lady.

Chandru Manoharan is producing the movie on a huge scale. Arjun Janya is composing the soundtrack.