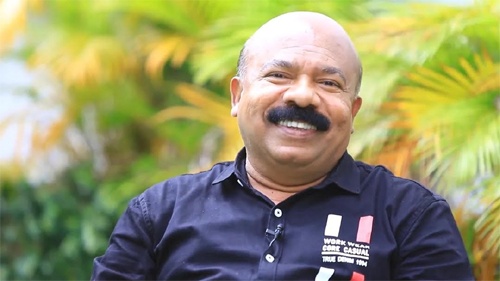 Actor Kottayam Pradeep, who predominantly worked in the Malayalam film industry, has passed away due to a heart attack. He was 61. Pradeep began his career in 2001, at the age of 40 and acted in more than 70 movies as a comedian.

He is popularly known for his role in Vinnaithaandi Varuvaayaa / Ye Maya Chesave. Pradeep also acted in hit movies like Raja Rani, Oru Vadakkan Selfie, Theri, Life of Josutty, Kunjiramayanam, Welcome to Central Jail and Aadu Oru Bheegara Jeevi Aanu. He also won many awards for his performances in many movies.

The Malayalam industry mourns the death of the actor, who is survived by his wife, Maya and two children. The last rites of Kottayam Pradeep will happen by the end of the day.