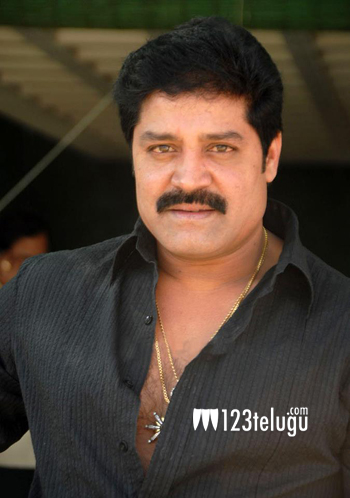 We have some very sad news for you folks. Real Star Srihari has passed away today at the young age of 49. The talented actor has been suffering from a liver ailment for quite some time now and he has passed away in Mumbai’s Leelavati Hospital, where he was being treated. He is survived by his wife and two kids.

Srihari made his mark as a talented actor with memorable roles in films like ‘Nuvvosthanante Nenoddantana’, ‘Brindavanam’, ‘Magadheera’, ‘Dhee’, ‘King’ etc. He also appeared as a hero in films like ‘Police’, ‘Ayodhya Ramayya’, ‘Balaram’ etc.

Srihari started his career as a stunt fighter and progressed to essaying character roles in the 90’s. He won the Nandi award in 2005 for the film ‘Nuvvostanante Nenoddantana’.

123telugu.com is saddened by this development and prays for strength to the family members.