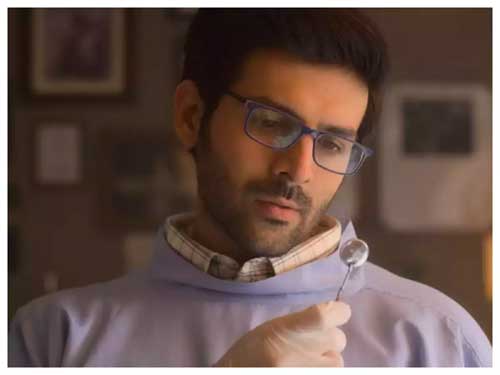 Star Bollywood hero Karthik Aaryan scored a gigantic blockbuster in the form of Bhool Bhulaiya 2. The sequel hype and the entertainment quotient, besides Karthik’s good performance, helped the film big time. To everyone’s surprise, the actor’s next film, Freddy, opted for a direct release on Hotstar.

The movie team has come up with unique promotions without releasing the trailer as they feel it would reveal much about the film. Hence they have been releasing mini clips to create interest among the viewers. Today Karthik Aaryan shared a video clip featuring his transformation.

Already it was reported that the actor gained a massive 14 kilos for his role. Not just that, but to get his dentist’s act right, Karthik Aaryan even went to a clinic to learn the skills of a professional doctor. He added that becoming Freddy has been his unforgettable experience pushing his physical and mental boundaries. The efforts put in by the actor can be seen in this latest video, and let’s see if that is rewarding. The film will be out on December 2nd.

From gaining 14 kgs to going to a Clinic n learning skills frm dentist
Becoming #Freddy has been one never-forgettable journey for me.Pushing my boundaries mentally, physically to forget my real self n turn into Freddy. Glad to hv an amazing team fr dis challenging transformation pic.twitter.com/rQcgNJQZSI