Actress Bhavana gets engaged to her boyfriend
Published on Mar 9, 2017 5:53 pm IST 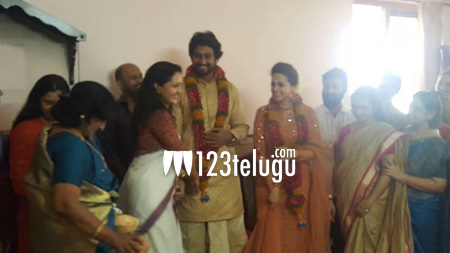 Malayalam star heroine Bhavana, who was in news a couple of weeks ago in the alleged kidnap and molestation case, got engaged to her producer boyfriend Naveen at her residence in Kochi today. The engagement was a private affair with only close friends and family members gracing it.

Bhavana and Naveen have been seeing each other for quite some time. The engagement ceremony took place after the couple’s horoscopes were exchanged. The wedding is due in August or September, according to the reports.

Naveen had produced Bhavana’s 2012 film, Romeo. Naveen has been a pillar of strength to Bhavana in her difficult times in the past few days.