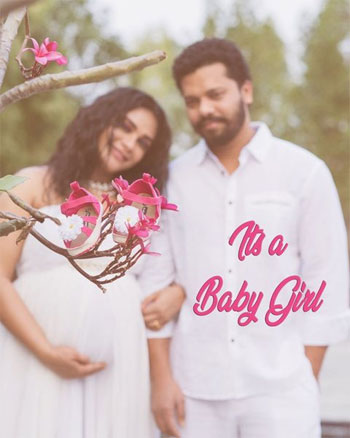 Actress Hari Teja is a name that needs no introduction. She is a talented actress and became quite famous post her stint in the Bigg Boss show.

Post the show, she did a number of films but is not seen much these days. This is because she was pregnant with her first child. The update now is that she has been blessed with a baby girl.

Both the mother and daughter are doing fine and Hariteja herself revealed this news through a snap. Well, 123telugu wishes Hari Teja a hearty congrats on her new bundle of joy.