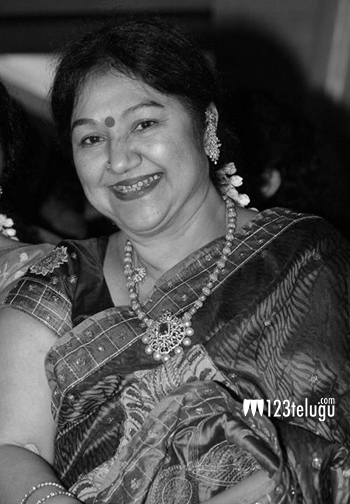 Actress Manjula, who is well known to Telugu and Tamil movie lovers, passed away today morning in Chennai. The actress also happens to be the wife of noted actor Vijaykumar. Manjula is survived by her husband and three daughters.

Manjula made her debut in 1969 with the movie Shantinivasam. She went on to act in several hit films in Telugu and Tamil. Her Telugu hits include films like ‘Dorababu’ and ‘Mayadari Malligadu’.

Many film personalities have expressed their shock and sadness at this news. 123telugu.com is saddened by this development and prays for strength to Manjula Vijaykumar’s family.