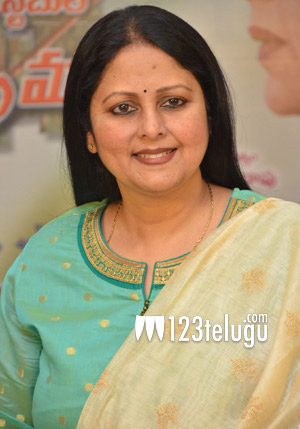 This Sankranthi, yesteryear heroine Jayasudha will be having two releases – Shatamanam Bhavathi and Head Constable Venkatramayya. Interacting with the media yesterday, Jayasudha revealed that she is having a few butterflies in her stomach for the first time in her career.

Jayasudha went on to say that she is 58 years old now and that she has acted as a heroine in Head Constable Venkatramayya and that she is nervous and excited at the same time about the movie’s result.

The much adored actress further said that she has completed 45 years as an actress and that she will surely complete 5 decades of her career. Jayasudha’s first film was Pandanti Kapuram, which released in 1972.