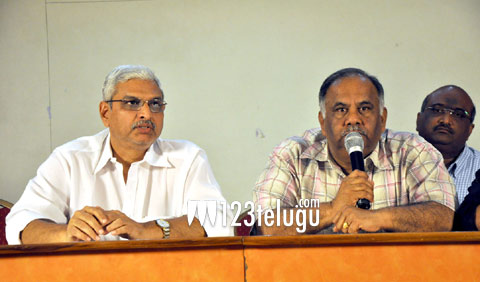 The production team of ‘Atharintiki Dharedhi’ has swung into action against the pirates who have leaked high quality footage of the film onto the internet. Buoyed by overwhelming support from the industry and fans of all heroes, AD team members have already identified a few culprits and arrests have been made in Machilipatnam.

A production source says that more arrests will follow. The anti-piracy division of the film chamber is also co-operating actively in the issue and they have traced certain ip addresses in the USA as well. The producers are planning to take legal action against these overseas offenders under the copyright act.

The movie is gearing up for a big release on Friday, September 27th. Pawan Kalyan and Samantha are the lead actors in this movie and Trivikram is the director. The film has been produced by BVSN Prasad in association with Reliance Entertainments.