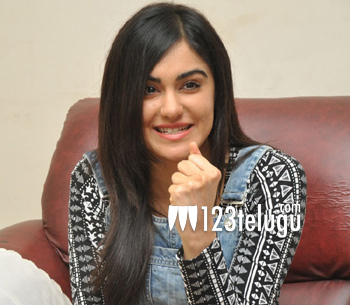 Born into a Tamil Brahmin family in Palakkad, Kerala to being raised in Mumbai and gaining fame in Tollywood, vivacious beauty Adah Sharma has come a long way. The actress, who is currently basking in the success of her latest release Kshanam, will soon be making her debut in her mother tongue, Tamil, after entering into films 7 years ago.

We had already reported that Adah has been roped in for a special song in Tamil star Simbu’s upcoming film, Idhu Namma Aalu. Adah has already shot for the song in Chennai and she is quite thrilled with her Kollywood entry. Adah is quite fluent in Tamil and she hopes that this song will make way for much bigger projects in Tamil in the future.