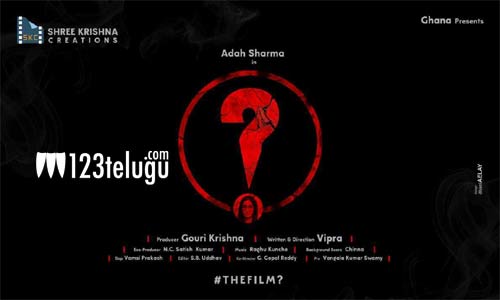 It’s been earlier reported that young actress Adah Sharma is making her Tollywood comeback with a thriller. The film was launched a few weeks ago and the regular shoot has been underway since then.

Earlier today, the makers of this film revealed the film’s title through a poster. The film has been interestingly titled ? (Question mark). The film is being directed by Vipra and produced by Gouri Krishna under Shree Krishna Creations banner. Kunche Raghu‬ is composing the music. Stay tuned for further details.