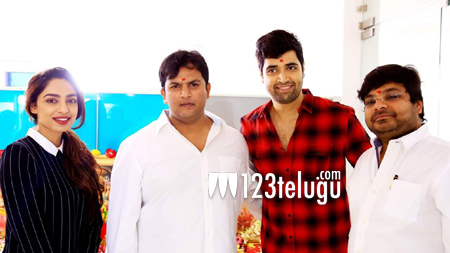 Some time back, we had reported that Adavi Sesh has signed a film in the production house of Abhishek Pictures. The latest news now is that the film has been launched earlier today in Hyderabad.

Titled Goodachari Sesh will play an interesting character in this film. Interestingly, the film will be directed by director duo Rahul Pakala and Sashi Kiran.

Telugu girl Shobhita Dhulipala will play the female lead in the film.