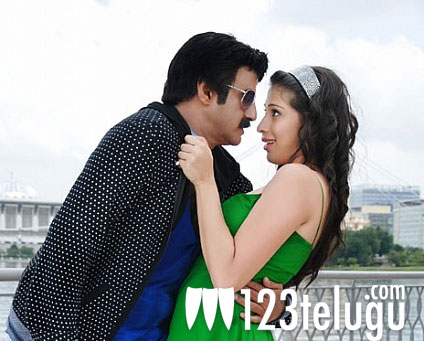 Balakrishna’s upcoming film Adhinayakudu is gearing up for its big release in February and we have the track list from the album. There are six songs in the film and Kalyani Malik has composed the music. Except for one song, which has been penned by Ramajogayya Sastry, the rest of the songs have been written by Bhaskarbhatla. After singing two hit tracks in Ala Modalaindi, Kalyani Malik has sung two songs Oorantha Dandalette Devude and Adhigo in this film. Directed by Parachuri Murali, the film has Balakrishna in three different roles. Lakshmi Rai, Jayasudha and Saloni are playing the lead roles in the film. M L Kumar Chowdary has produced the film.