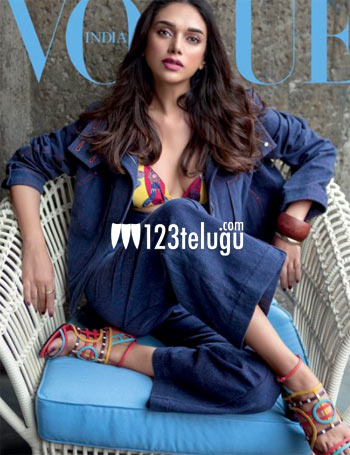 Sensuous diva Aditi Rao Hydari has been making waves across multiple film industries over the past few months. While she earned rave reviews for her performance in Padmavat, the actress has bagged her second consecutive Tamil film in Mani Ratnam’s direction after Kaatru Veliyidai. And in June, she is all set to make her Telugu debut with Sammohanam.

Meanwhile, the actress caught everyone’s attention with her latest photoshoot that she did for Vogue magazine. While Aditi’s styling and grace was top notch, the photoshoot has set a new trend in the industry. It is said to be the first covershoot to have been shot using One Plus 6 smartphone. This is also the first time that such a feat has been achieved by any magazine in India.

Making headlines already 📰 Here's your first glimpse into the power of the #OnePlus6 camera as it becomes the first smartphone ever to shoot the cover photo for a magazine in India! @VOGUEIndia @aditiraohydari pic.twitter.com/fovuKBcQ9G